When Cello and Dance Meet 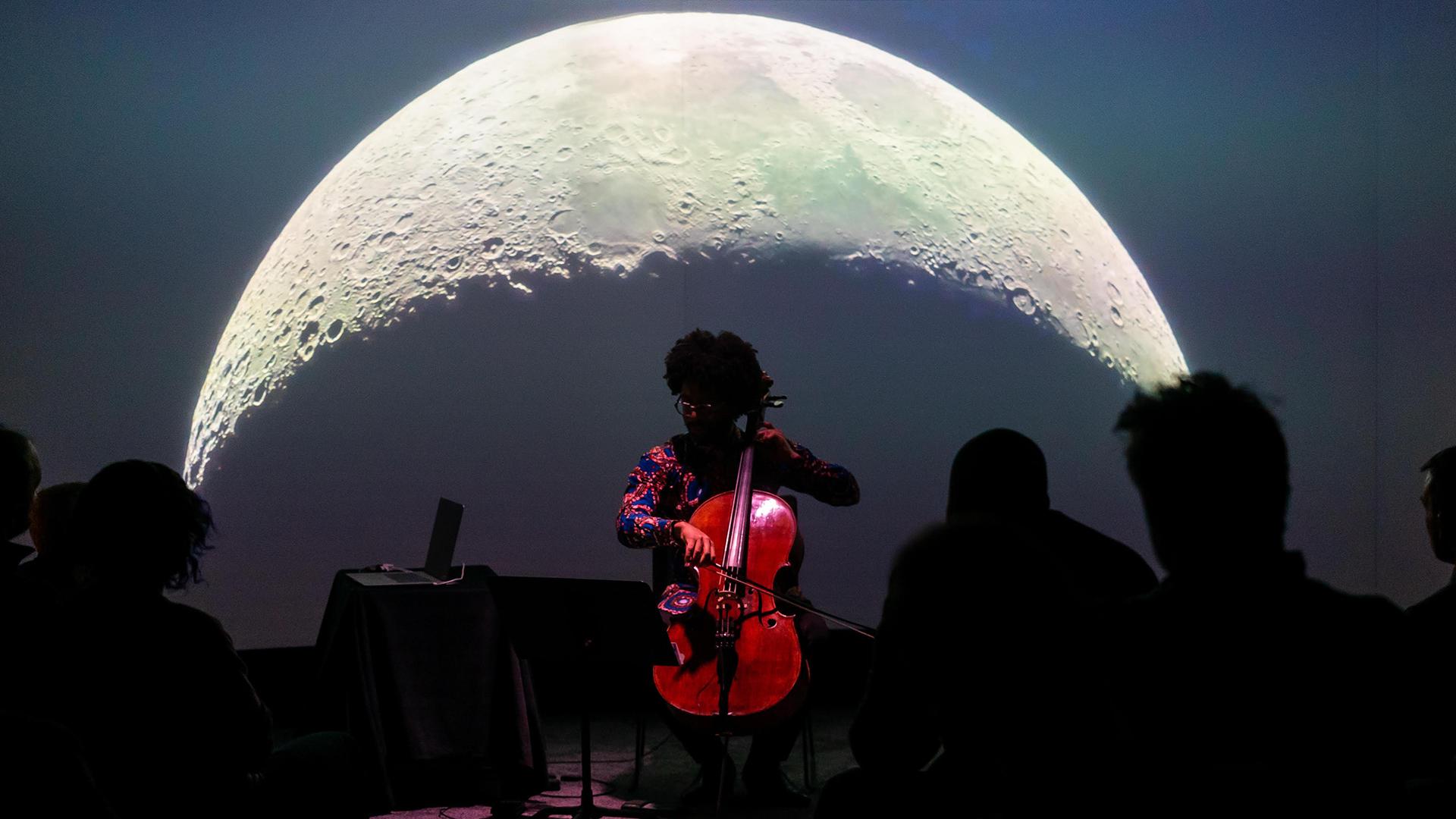 When Cello and Dance Meet

Grammy Award–nominated cellist Seth Parker Woods is no stranger to the avant-garde.

From donning a wetsuit and playing an obsidian ice cello in his critically acclaimed installation Ice Bodies to joining the faculty of the USC Thornton School of Music, Seth Parker Woods is a fierce advocate for the contemporary arts. On December 4, he brings his work Difficult Grace to CAP UCLA for one performance at the Glorya Kaufman Dance Theater on the UCLA campus.

Renowned by the Guardian as “a cellist of power and grace” who possesses “mature artistry and willingness to go to the brink,” Woods has performed in concert with ensembles from around the world such as ICTUS Ensemble (Brussels), Ensemble L’Arsenale (Italy) and the Atlanta and Seattle Symphonies.

An evocative, theatrical and genre-bending collaboration with childhood friend and dancer Roderick George, Difficult Grace is a multimedia concert tour de force conceived by and featuring Woods in the triple role of cellist, narrator/guide and movement artist. The work creates a vivid sonic and visual canvas that draws inspiration from the Great Migration, the historic newspaper the Chicago Defender, immigration and the poetry of Amiri Baraka and Dudley Randall.

Join us Sunday, December 4, at 7 pm to experience the West Coast premiere of Difficult Grace.